I have been working since 2010 as cartoonist for the trade magazine „Die Magische Welt“ producing the portraits for the respective issues. In the scope of the 60th anniversary of the journal I have been requested to caricature the founder and first publisher of the magazine. But how to allegorise someone who is no longer with us? I decided to draw him looking dignifiedly down to us. Much that he had been complaining about in his magazine the other day, has hardly changed by now.

This cartoon has been published on several pages in the trade magazine „Magische Welt“ 1/2011 which now starts into its 60s year. Congratulations. 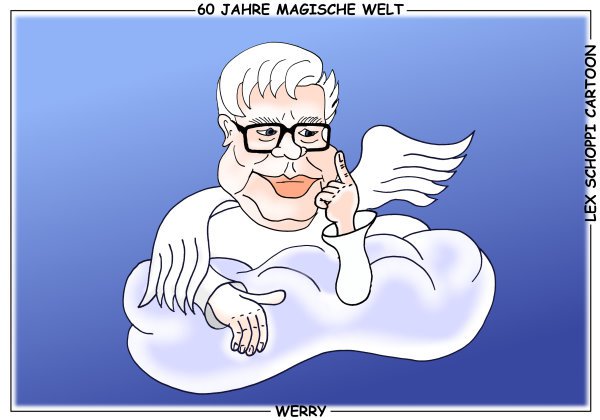